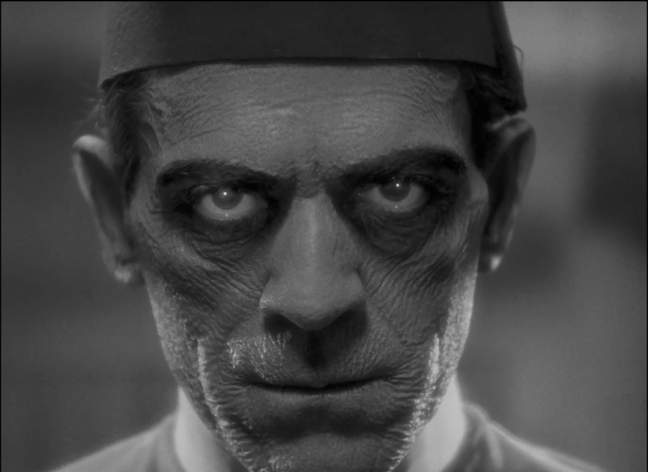 Continuing my Universal Classic Monsters marathon and exposing my wife to movies she probably would have been fine never watching, I turned to The original Mummy series, which ran for six films from 1932 to 1955. As I believe I have mentioned previously, I’ve always been a huge fan of Universal Classic Monsters. As a kid, I begged my parents for the DVD set – and before that I was collecting VHS tapes during the 90s (which had amazing box art by the way).

But, with all that said, I was never a fan of The Mummy. Even as a kid, I only watched this film once. I found it dull and disappointing. After all, I pictured a mummy as a monster in bandages, whereas the 1932 film sheds these after a single sequence. I remember referring to it as “watching a guy kill people through a mirror for an hour and a half.”

My interests have of course evolved since then, and I enjoy many movies now that I did not as a child. So I was curious to see how I would react to The Mummy watching it as an adult. To give you the short version: I think my eight-year old self had some good points.

END_OF_DOCUMENT_TOKEN_TO_BE_REPLACED

Last night, I had the good fortune to see over 95% of Jordan Peele’s newest film, Us. I know what you’re wondering – the missing 0-5% came when I had to go let my brother into the theater. Luckily, it was in the beginning of the film, and I didn’t miss much from a narrative standpoint. I definitely saw enough to form an opinion. So – Us, is it good? Is it as good as Get Out?

END_OF_DOCUMENT_TOKEN_TO_BE_REPLACED

Here’s a fun fact about me that some of you may not know: Every year I run a 10-lesson course over at the Abington Public Library (currently in the process of expanding to the Thomas Crane Library as well). This course, dubbed The South Shore Writing Initiative, gives me the opportunity to connect with and hopefully improve the lives of other local writers, published and aspiring. This year, our focus will be on constructive editing.

I define it as “the process of critiquing written work with the goal of identifying and improving writing technique.”Essentially, constructive editing is an advanced form of reviewing a written document with the sole purpose of making it better.

Now, you may ask: What makes this different from normal editing? After all, the point of all editing is to improve. I would say it all comes down to the layers.

If you’ve ever read a book, watched a movie, or played a video game, odds are that you had an opinion about it. Believe it or not, this is the first step of editing. Before you’re ready to change anything, you must know how you feel about the original. Sometimes, the flaws are obvious, such as:

“Man, that story would have been great if every other word wasn’t a typo!” or “I was loving the film until the projector short-circuited and I couldn’t see the ending!”

These are easy problems to identify and most will spot them right away. So let’s go deeper. Here is another criticism that most people can do:

“I hated the character.”

This is actually a little bit deeper. It’s a very definite criticism that required some thought and understanding of the work in question. Here is where most people end, at least in their ability to really articulate what they think. We all feel our opinions but not all of us have the tools to really dissect what we saw and identify what was good/bad about it.

If you ask the average person why they hated said character, you may get a response like “he/she/they were so dumb” or “I thought they were lame.” There is nothing wrong with this response, it’s just vague. You’re no longer sure what the person really thought, you just know they didn’t like it.

For most people, this is enough. Not for writers.

My least favorite form of criticism is “it was good!” Look at those three words. They are useless. While I guess I’m happy that the person liked it, it gives me little to go on. Again, this isn’t so bad for a finished product, but it is a nightmare when drafting.

Stories go through many stages and forms on their way to publication. This process is essential (for every form except self-publishing) as it often separates which ideas are finally put to paper from those that are shelved for reuse in later stories.

To be a writer, you only need to read and write. To be an author, you must know how to read, write, and edit. Writing is a wonderful, freeing process – I love every opportunity I get to do it. Editing is…less glamorous. While there is still freedom, it must be refined and logical. As someone once said, you write with your heart and edit with your head.

What many people may not realize is that editing is actually the more important part. Not even Stephen King publishes a first draft. No matter how brilliant your initial manuscript is, odds are there are mistakes – especially if you didn’t do much planning before you started writing.

Constructive editing is an advanced form of editing designed to help you identify the bigger problems. Anyone can spot a typo but not everyone is going to tell you that your protagonist has a weak character arc, the stakes are too low, and your rapid switching of perspectives is confusing. All are needed critiques when it comes to shaping a draft into a polished product. 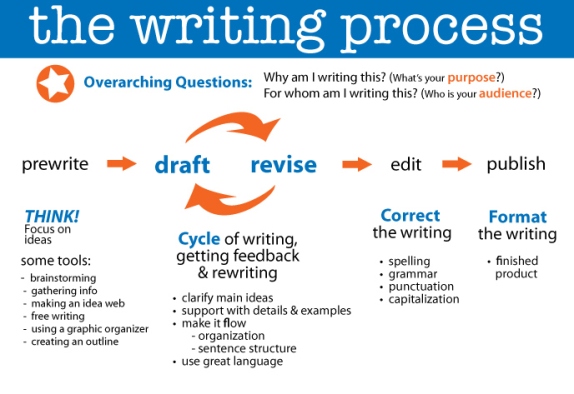 How to Edit Constructively

There are a couple of guidelines to follow when you’re trying to edit constructively. First off – throw the personal stuff out the window, for both others and yourself. This is especially important when editing work from someone you don’t know very well. Never assume motivation as it can lead to problematic interpretations and unrealistic expectations.

When it comes to you, ascribing personal meaning to something may make you hesitant to cut it, even if it isn’t working. For instance, if one character symbolizes a lost loved one, you may consider it a personal insult if your editor says “they do nothing and aren’t interesting.”

It is no reflection of the dearly departed but rather an observation on the storytelling – this is what constructive editing is all about. When you strip a story down to its bones, certain issues become clear. You’re not asking if a character works as a metaphor for modern struggles with homosexuality – you’re just asking if the character works. If they do – great, ask the second part. If not, the latter becomes irrelevant.

Focus on the storytelling, be as negative or positive as you feel you have to be – but stick to what is on the page.

I have told my class that every editor should follow at least three criteria:

These are the basic questions that begin the editing journey. Obviously, you can look at more complicated issues like character development, plot arcs, and consistent tone but #1 remains paramount. People rarely read what they don’t enjoy.

Check back in the following weeks for more of my thoughts on editing. I hope they can help you out!

"Diverse Books by Diverse Authors" Giving a shout-out to my first home as an author. I really cannot express my gratitude enough to Dionne Abouelela and her fine team - not to mention all my fellow authors there who made me feel at home on day one. A publishing house is judged best not by its size, but by its commitment to working with its authors to create the best books possible and, on that level, Pen Name Publishing is truly tough to beat. I strongly recommend checking out their site here.
Loading Comments...
Comment
×