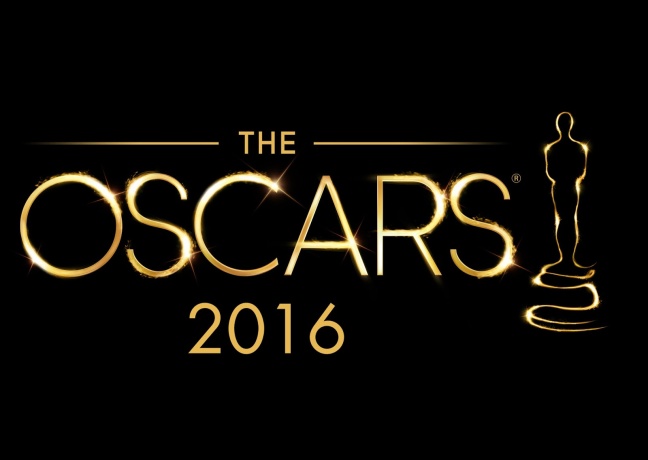 So the Oscars were two nights ago and I want to congratulate Moonlight on winning Best Picture. I’ve heard nothing but good things and can’t wait to see it. That said, given that I have not seen it or many of the other Oscar Nominees from last year, my own Top Ten list looks quite different.

Every year, I try to see as many of the Academy Awards nominees as possible. Usually, I am fairly successful – seeing roughly half to three-quarters of the Best Picture nominees. This year, however, through circumstance and missed opportunity, I only saw two. I wasn’t trying to boycott anything – I just didn’t get out to the movies much in the latter half of the year. These are the films I have watched for 2016: 2016-movies.

This past weekend, I added the historically grounded but underdeveloped Legend of Tarzan and powerful but scattered Race to the list. As you can see, however, the vast majority of movies recognized by the Academy for major awards is absent. I can only rate what I’ve seen. With that in mind, let’s start talking about those movies – counting down to my #1 film of 2016! Warning: spoilers to follow.

Disney has been enjoying a resurgence in princess stories recently, beginning with 2009’s The Princess and the Frog. Moana represents the pinnacle of the movement to date. Unlike 2013’s Frozen, which was plagued with uneven characters and song quality that ranged from “AMAZING!” to “… that was a song?”, Moana is filled with believable protagonists and a soundtrack (courtesy of Hamilton‘s Lin-Manuel Miranda) that has refused to leave my head since I saw the film.

Moana is aware and smart, injecting newness into the tired waters of the Disney princess formula. The parents live, there is no prince or romance, there isn’t even a real villain. Moana’s quest feels like a classic heroic journey,refreshingly applied to a heroin.

9. Rogue One: a Star Wars Story

The first live action non-Skywalker-centric entry in the Star Wars franchise brought something new to a galaxy far, far away. Rogue One manages to merge the grittiness of war with the optimism and fantasy of Star Wars. The result adds welcome shades of gray to a franchise that can sometimes feel a little too black and white. Director Gareth Edwards is to be commended for interpreting a new Kurosawa formula (parts of this film feel very Seven Samurai) into George Lucas’ vision.

For more on Rogue One, please read my full review.

Full disclosure: I’m a die-hard Godzilla fan. That said, the 31st appearance of the King of the Monsters manages to be for everyone who appreciates tight editing, compelling story, fantastic visuals, and layered allegory. Shin Godzilla does what no Godzilla film has done in a long while: it reinvents the story of Godzilla to be applied to modern-day tragedy. The aftermath of the tsunami and Fukushima disaster are readily apparent here, as is Japan’s questioning of its military power within the global landscape.

Hollywood’s Godzilla: King of the Monsters has been given a tough act to follow. One can only hope that the continued “competition” between Legendary and Toho continues to produce films like this. My full review of Shin Godzilla can be found here.

If there is a hidden gem of 2016, this film is it. Set in the war-torn Tehran of the 1980’s, Babak Anvari’s horror thriller combines paranoia with fantastical horror, underlain with a biting social commentary on women in Iranian society. Much like 2014’s The Babadook, Under the Shadow plays with the audience’s perceptions of reality. The audience is never quite sure what is real, and what exists in the head of protagonist Shideh (played by Narges Rashidi).

This film marks the feature-length debut for Anvari, a director that I will definitely be keeping an eye on in the future.

Disney was in rare form this year. Not only were they able to refine the princess formula with Moana, they were able to create a modern fable. Zootopia is so much smarter than it has any right to be. The script is constantly going out of its way to include and undermine themes of today. Much like Thomas More’s original work in 1516, Zootopia exists to satirize modern society, as well as present theoretical solutions to solving those issues.

One quick thing I will mention: Zootopia may have been higher on the list if not for Shakira’s song, “Try Everything” (see below). I understand that this is a children’s film, but, for the most part, the movie succeeds in not talking down to its audience. At least not until this song picks up the moral of the film and proceeds to hit its audience in the face with it. Am I a little too hard on the song: maybe. It’s only because the rest of the film really is that good.

Also known as The VVitch: A New-England Folktale, Robert Eggers’ historical horror film is an antithesis to modern horror. Instead of relying on jump-scares, The Witch builds in tension, dread, and atmosphere. Everything, from the gorgeous set design to the colonial colloquialism of the screenplay, is designed to root the audience in 17th century New England.

The Witch feels researched, and the result is a horror movie that manages to be both fantastical and horrifyingly realistic at the same time. Eggers joins Anvari as another debut director who hit it big with horror his first time out. His future work is definitely worth keeping an eye on.

Quick note: I’m aware that The Witch is technically a 2015 film (Sundance). That said, it was not released to the public until early 2016 – so that is the release date I am honoring.

Telling three stories in one, Hidden Figures accomplishes a lot. It is a film that is part Apollo 13, part Selma as it is set in the segregated south of 1961 America but primarily deals with the U.S.A. attempting to catch and surpass the Soviets in the space race. The film relies heavily on its three leading ladies (Taraji P. Henson, Octavia Spencer, and Janelle Monáe) and they all deliver. I was also impressed as the film (mostly) managed to avoid contrived “Hollywood” moments in regards to dealing with racism. Yes, there is the scene of Kevin Costner’s character smashing down a segregated restroom sign but – given his character and the “on-the-clock” nature of the film – it feels believable.

The sole weakness of Hidden Figures comes with Katherine Johnson’s family subplot. While there is nothing inherently wrong with it, it simply doesn’t feel as polished or well-written as everything else and comes off as bland. It’s generic in a film that is otherwise exceptional and holds Hidden Figures out of my top three.

Based on the novel by Patrick Ness, A Monster Calls is a film the vein of Pan’s Labyrinth and Beasts of the Southern Wild. It is an adult fairy tale that blends magic and real-world tragedy together into a strong cohesive whole. The film is also to be commended in its use of visual effects. Many movies now have CGI creations, but the monster feels like a character -thanks largely to the voice talents of Liam Neeson, as well as a blend of practical and digital effects work.

A Monster Calls is a celebration of storytelling, highlighting the importance of the fantastical in dealing with the real. The script also manages to capture the most important portion of the book: the complex nature of truth. This does not make A Monster Calls a happy family film, but it is definitely one with something to say.

The Wailing caps off what was truly an excellent year for horror films. South Korean director Na Hong-jin created a horror film unlike anything I had before seen. His cinematography is so striking that I actually found myself wanting to visit the town over the course of the film (horror be damned). The Wailing also defies genres. At times it feels like a zombie film, at other points it is an exorcism movie.

At over two-and-a-half hours long, The Wailing is a horror epic. It grounds its audience in the town and takes them on a journey as this curse unfolds. The main driver is the mystery surrounding the strange events and who/what is behind them. The audience shares the protagonist’s confusion as he scrambles to solve the crisis before his own family succumbs to the horrors of what is happening.

For those who watch this movie, I strongly recommend seeing it through. This is a film that is tied together by its ending. A well-written chilling tale of mythology and religion, The Wailing surpasses genre to be not just an excellent horror film, but an excellent movie.

Hot off the success of Sicario, Denis Villeneuve’s Arrival is a masterpiece. Few films embed their message into the film-making, but Arrival makes it look easy. This is science fiction all about the perception of time, and its screenplay and pacing reflect that. Arrival also manages to be possibly the most realistic movie on alien contact that I’ve ever seen. It joins Contact and Close Encounters of the Third Kind as a more thoughtful movie.

So many films would have fallen into pitfalls, having Amy Adams’ character make inhuman leaps in logic to rapidly understand the alien language. Arrival revels in the learning process, and this adds to the film’s intelligence. Watching Arrival is not just watching a science fiction film, it is viewing a lesson how language works, as well as its importance.

With fantastic cinematography, a powerful musical score, strong acting, and top-notch directing, Arrival is without a doubt the best movie I saw in 2016. If this is a sign of things to come with Denis Villeneuve and science fiction, then the Blade Runner sequel and Dune are in excellent hands.

So there you have it – my list of the best in 2016. I hope I introduced you to some films that you may not have heard of. I strongly encourage you to check out every film on this list, they are each worthy of a watch. Honorable mentions must go to Deadpool, 10 Cloverfield Lane, and Eye in the Sky. And, just for the heck of it – my worst film of 2016 was X-Men: Apocalypse. Truly, that train wreck captured the worst of what I wrote about after seeing Days of Future Past.