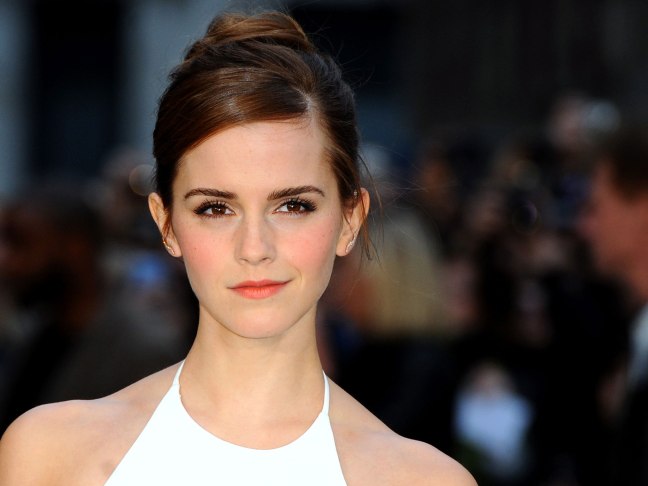 As some of you may already know, I identify as a feminist. By that I believe that women are human beings and deserve the same rights and privileges as men. Radical. Does this mean that I hold with everyone on the Internet who identifies as feminist. Nope, I disagree with every extreme view that twists feminism from equality into superiority. The future is female, but that does not mean it is only female.

One feminists who I largely DO agree with, however, is Emma Watson (best known to the public as Hermione Granger). At 26, Emma Watson has already had a full life. She has been a Hollywood star yes, but she has also been a UN ambassador, a leading activist in gender equality, founder of the book club Our Shared Self, and model.

Recently, she got into some controversy over a modeling shoot. Granted, when I say controversy – in this case, I mean internet controversy. It’s nowhere near as important as say, the controversy on how Flint’s water crisis is being handled. It’s just people on the web making noise. Wanted to give quick perspective. Okay, moving on – here is the photo that caused the controversy:

So yeah, remember my spoiler alert? There are those who feel that, by doing a bra-less photo and revealing the under curvature of her breasts, Emma Watson has gone from feminist to hypocrite. To quote one critic: “[Emma Watson] complains that women are sexualised and then sexualises herself in her own work. Hypocrisy.”

The questions are never-ending, but remind me of a personal story. Long ago in the magical land of Montreal, Canada, I was a student at university. In my final year, I took a class on children’s literature that was… to call it feminist-bent would be an understatement. What I mean by that is that my professor applied various interpretations to the literature – various here meaning one, the same one, over and over again.

So the last book we covered was Anne of Green Gables. For those that don’t know, Anne of Green Gables follows Anne as she grows up with her adopted family. At the end of the novel, she is faced with a dilemma: get an advanced education or stay home to care that family (which is now in poor health). Anne chooses the latter.

Now, in my class, there was an argument about this. Was Anne of Green Gables a feminist book? Many argued no, it couldn’t be, since Anne neglected her education and remained at home in a subservient role. I, however, felt that these detractors were missing the large point: Anne chose to stay home.

She made a difficult choice, one that rings true with me and many people I know. Life is not clear black-and-white. Often times there is no obvious right answer. If Anne had chosen to leave for school, her family would have suffered. That much is made clear. So she is placed in a bad spot.

I’m not saying I agree with her decision, but it was hers to make and she made it. No male figure comes in and tells Anne what to do. Are there external pressures? Absolutely – they go hand in hand with her own internal struggle.

This, to me, is feminism and brings me back to Emma Watson. She made a choice, and people are well within their rights to criticize it. It was, however, Emma’s choice to make and she made it.

Emma Watson is not your average woman. She did not need the money or the publicity from that photo shoot. She, like many women out there, was an active agent in deciding which parts of her body – and how much of them – to show.

Now some have said that this makes her a hypocrite and it might – but I have yet to find a quote that really portrays it. The closest I have found is this (unsourced): “[Beyoncé] is putting herself in a category of a feminist, but then the camera was such a male voyeuristic experience of her.”

This may be just my personal interpretation – but this doesn’t read as a direct criticism of Beyoncé, rather the camera crew that was in charge of capturing her performance. That said, I can still see some point there. Emma Watson may have been a little presumptive, since celebrities cannot ever control what people take away from their work (case in point: her own photo shoot).

But she’s a feminist – not perfect. My argument is this: Emma Watson does a lot, A LOT, of good in the world. She has been a voice against the “man-hating” that is so tragically often associated with feminism. She has used her fame to give voice to those that have none, and she has brought forth important issues that may not have been addressed.

I can only give my personal opinion here but who cares if she showed some boob? Go naked for all I care. Feminists have sexuality because human beings have sexuality, and it should always be their choice if they want to show it off. Is there a whole gray area in regards to objectification of the human body: absolutely. A photo isn’t an attempt to answer that issue. It’s just a photo. I’m much more interested in the bigger conversation of what Emma Watson says and does about gender equality. Even putting the photo in the negative camp, she’s still well in positive.

There are other stories involving gender that demand much more investigation.