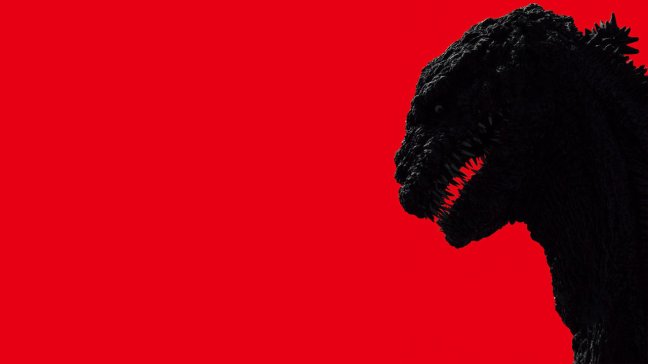 Every now and then, Toho Pictures astounds with a Godzilla movie that is more than the standard giant monster mash. The studio can, at times, infuse realism, cultural commentary, and political consequence into something as “silly” as kaiju. Shin Godzilla, which is currently enjoying a limited run in the United States, is one of those times.

The film opens in present day Japan. Unlike every other Godzilla film to be released after 1954 – this movie is not a sequel (meaning that the King of the Monsters never demolished Tokyo back in the 50s). Shin Godzilla sets itself in a world as real as our own and, as a result of this decision, is able to add a level of realism that has been missing in the series for some time.

Something is stirring in the waters of Tokyo Bay. With only the notes of a recently deceased scientist, the Japanese government (all named characters in this movie are some form of politician) must figure out what is going on. Those expecting action may be disappointed. Director Hideaki Anno (who directed the film’s human-focused scenes) delights in exposing the lumbering giant that is Japanese bureaucracy. Every new issue requires a meeting – every new meeting requires changing floors to the appropriate meeting room.  Ministers have to be called, experts must be consulted. Meanwhile, Godzilla has come ashore and is destroying the city.

The humans only stand a chance with Rando Yaguchi (played by Hiroki Hasegawa), a young “hot-head” with a real desire to cut through all the red tape and actually get something done. As Godzilla grows more powerful and the world more worried, Shin Godzilla becomes a race against time. The Japanese government will have to stop Godzilla before the United States and U.N. decide to nuke the creature (still in Tokyo).

Shin Godzilla isn’t simply the first Godzilla follow-up to ignore the original: this is the first Japanese Godzilla film to really dive into Japan’s relationship with the U.S. military. Japan has not been allowed a standing army since World War II. Instead, if any real threat were to emerge – the government has been promised that America will handle it. Shin Godzilla raises several questions with this issue: what happens if America cannot help? Why can’t Japan simply be allowed to defend itself?

For some, this has been seen as a pro-military message in a series that has been staunchly anti-war. To add fuel to Godzilla’s atomic fire, it is worth noting that the human casualties in this film are greatly downplayed, as is the lingering threat of radiation poisoning. The film is definitely nationalistic.

To move away from the movie’s message, while the acting is overall very competent, there are several scenes of laughable English performance and dialogue. These prevent the serious tone of the movie from ever fully latching on. Whether this was intentional (to keep things light for the kids) or not is for debate.

The last thing to mention in any Godzilla film review are the suit effects. Shin Godzilla breaks yet another wall as this is the first Japanese film to feature a computer-generated Godzilla. The loss of the man-in-suit technology is regrettable, however Shinji Higuchi (director of the effects sequences with Godzilla) has gone to great lengths to faithfully create a beast that, at first glance, looks like it should have a zipper in the back.

The use of CG in Shin Godzilla opens up new cinematic perspective. Watching as the camera drifted under the rampaging behemoth is reminiscent of all the new angles that director Gareth Edwards brought to his 2014 adaptation.

The film moves with quick cuts that break up the dialogue-intensive scenes. That said, the movie does lose steam as it enters its final act, with the pacing slowing down rather than racing into the final assault.

One of my earlier articles discussed what kind of future Godzilla would have after Shin Godzilla, and that is still uncertain. As of now, the film is a box-office success, so a sequel. The film itself definitely leaves the door open at the end for the king of the monsters to return. Whether that return will be a direct sequel or a new envisioning, Shin Godzilla is a strong start to the Godzilla resurgence. Let’s hope that Toho can keep it going.

4 thoughts on “Shin Godzilla Review: Bureaucracy and the King of the Monsters”