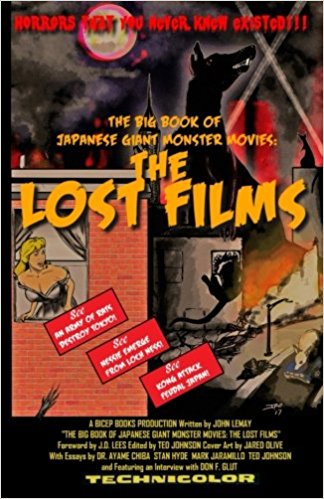 When I was a kid, growing up in the 1990s, I remember looking forward to going to the video store. Specifically, I recall wanting to go to the science-fiction section in the back. I would run past the new releases – the romances, the comedies, the action flicks – because young me was focused. Young me wanted to see what new Godzilla movies had come in.

Then the internet came – well first The Official Godzilla Compendium came – then the internet came. The mystery ended. I knew the titles of every Godzilla movie, where they fell chronologically, and which monsters were in them. Heck, thanks to websites like Toho Kingdom, I even knew about a bunch of films that were never made. It was incredible to have all this information, but it came at a price. The sense of discovery was gone. Godzilla was known, and to be known is to be that much closer to being mundane.

Don’t get me wrong, overall the internet brought an improvement. Nonsense rumors like the multiple endings to King Kong vs. Godzilla are now relics of the past. I’m also able to follow the development of current Godzilla film projects, domestic and abroad. The internet has also made it possible to rapidly get in touch with fellow fans and debate and critique Godzilla films for hours on end (no internet, no Kaijucast).

The web also made it possible for researcher John LeMay to poor over Japanese scripts and interviews, in order to compile a definitive work on what was left on the cutting room floor. The result, The Big Book of Japanese Giant Monster Movies: The Lost Films, is as close as I have felt to being that kid in the movie store again. Not only is it a meticulous and thorough effort, it showcases an enticing possibility: that there is still more to know.

The internet has yet to shed light on all the corners of history. While LeMay’s book discusses an incredible amount of lost or altered projects (including the previously little known but surprisingly influential Bride of Godzilla?), it cannot definitively chronicle all of Godzilla film history. Missing are the evolutions of Legendary’s 2014 film (and subsequent sequels), as well as the development/potential early drafts to Shin Godzilla. This is not a criticism. This information is simply not publicly known yet.

What LeMay has done should be hailed as a triumph of research. The Big Book of Japanese Giant Monster Movies: The Lost Films is essential owning for any Godzilla fan. It further completes the tapestry that is the known Godzilla universe, filling in holes that before raised questions (like why Toho stopped using Rodan in later Showa films).

The best part is that Godzilla’s history is not over. I look forward to LeMay’s hopeful sequel to explore future lost films.