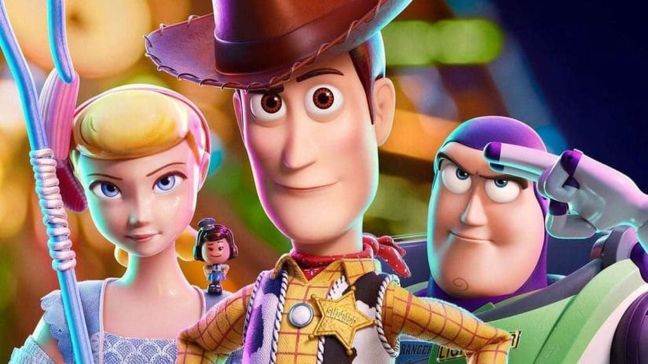 You know, I’m going to stop doubting Pixar when it comes to Toy Story movies. After 2, I was skeptical of 3, and after 3 – man did I not think 4 was going to be anything special. Somehow, however, Pixar has managed to defy the law of diminishing returns and Toy Story 4 is as amazing (if not more so) than its predecessors. From its characters to its dialogue to its unbelievable sense of self-awareness, Toy Story 4 is an unexpected gem.

But there’s one thing in particular I want to focus on: Walking out of the theater, I got the sense that the story was more familiar than I had initially thought. I’m not calling Toy Story 4 a rip-off, not by a long shot…but it definitely takes a lot of inspiration from a very unlikely source. When I call Toy Story 4 Pixar’s version of Frankenstein, please know that I’m not talking about Forky – well, not just about Forky.

First off, what is Frankenstein? Many people probably still envision a tall, green monster who is powered by lighting and afraid of fire. That’s not what I’m talking about. The Frankenstein I refer to is the 1818 novel by Mary Shelley (available now in the public domain). This book tells the story of an obsessed scientist who yearns to solve man’s mortality by creating life after death.

It’s a classic story and one I’m sure we’re very familiar with. If not, give this video a quick watch:

Okay, let’s move on. Now I would argue that Frankenstein has three themes that drive the story: responsibility, conscience, and progress. All three relate directly to the story’s main character as he struggles with the first two in the name of the third. Shelley even framed her narrative in another story of a ship trying to explore the North Pole, even as the ice crushes inward all around them (nowadays it would be a lot easier, ha ha ha! The world is melting).

Frankenstein as a protagonist creates a creature, abandons his responsibility of said creation, then wrestles with his conscience over the creation and the dire consequences it brings to himself and those around him. So what does any of this have to do with Toy Story 4?

Bonnie and the Creator’s Responsibility

While Bonnie did not create Woody, she is one of several “creators” in Toy Story 4. In addition to literally building Forky, Bonnie continuously helps bring the toys to life through her imagination (both Pixar and Mary Shelley are vague about how non-human creation works). At the end of Toy Story 3, Bonnie made a promise to Andy – to take care of his toys, to be responsible for them.

Yet the beginning of Toy Story 4 shows that she isn’t quite living up to her word. Woody is continuously neglected, left in the closet to gather dust. Bonnie doesn’t get rid of him, but she doesn’t give him the care and love she promised to. She, in a sense, has abandoned her creation. And she’s not the only child in Toy Story 4 to discard a toy when she should show love.

Harmony rejects Gabby Gabby. Dijon abandons Duke Caboom. Molly gives Bo Peep away. All throughout Toy Story 4, we see creators continually abandoning or rejecting responsibility for their creations. A central focus of the film is lost toys and the lives/purposes they must create for themselves now that the creator has left the picture.

Since Toy Story 4 is not a horror film, almost none of the toys have visions of vengeance on humanity – but the theme still remains.

The Importance of Conscience

For Victor Frankenstein, conscience did not come easy. Despite his intelligence, he really never had to reflect on the consequences of his actions before the creation. While in a different scenario, the same can be said for Buzz Lightyear. Buzz is not an idiot – he is kind and caring, but he has never had to be responsible, so he’s never really needed a conscience. Why?

Well because Woody has been around. Even in Toy Story 2, Buzz’s whole motivation for rescuing his friend is basically “what would Woody do?” He has rarely had to think what he should do for himself. Toy Story 4 makes a point of giving Buzz a subplot focused around growing his conscience.

This development takes Buzz from a friend to a leader, positioning him to help fill the void Woody leaves behind at the end of the film.

Likewise, Woody also gives conscience to Forky. Upon creation, Forky is only concerned with one thing: Being trash (or making himself happy). It takes Woody to show him/them? that he needs to consider what he means to other people – namely Bonnie. Through his, Forky builds a conscience, increasing his sense of compassion for others.

Toy Story 4 and Frankenstein both argue that conscience (over consciousness) is vital to the idea of humanity.

A New Vision of Progress

But, you may have been saying throughout all of this: Frankenstein is nothing like Toy Story 4. On the plot level, you’re right. Frankenstein is a horror story about the dangers of unchecked progress. Toy Story 4 is about the need for, and the inevitability of, progress. While both stories tackle the same issues, they come away with very different conclusions.

Frankenstein acted without his humanity. He let ambition blind him to what he was doing and then was unfeeling to his creation. Woody is the opposite. His humanity holds him back from his own happiness for much of the film. He feels responsible for Bonnie because he was responsible for Andy. Even when it’s clear to everyone else that Bonnie doesn’t need him, Woody keeps helping.

So, at the end, Woody embraces progress. He leaves Bonnie and his friends behind to start a new life with Bo Peep. He is free of his past and is ready to embrace the future. At the end of Frankenstein, Victor dies after finally reckoning with his past actions and embracing the full responsibility of what he did.

In both cases, the protagonist has dealt with past conflict and advances to a new stage of being. It is the genre that divides these tales while a thematic core holds them together.

Frankly, it’s amazing. Bravo to Toy Story 4 for looking to one of the most obvious (and somehow still unlikely) inspirations for a story on creation. They took Shelley’s themes and transformed them into something new, making a memorable tale for a new generation.

One thing’s for sure. If a Toy Story 5 is ever announced – I will be excited to see it.