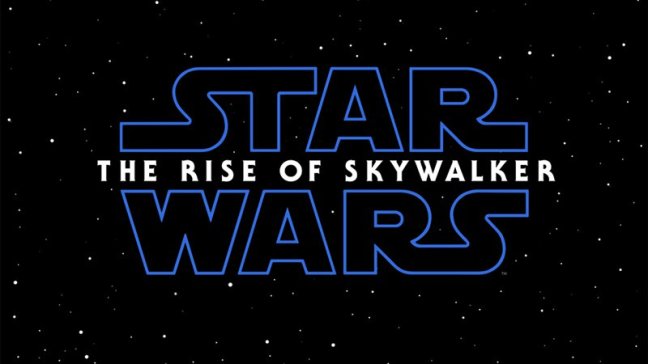 Okay before we begin, I want to be clear: I am basing this off the first teaser for Star Wars Episode IX: The Rise of Skywalker. This is in no way a commentary on the film itself, which I have not seen…yet. I’m only breaking down the marketing methods behind this:

Okay – I hope this avoids any confusion, should you be reading this after the film has been released. With that in mind…let’s dive in.

The Nostalgia of The Rise of Skywalker‘s Teaser

“Let the past die, kill it if you have to.” These words were spoken by antagonist Kylo Ren in Rian Johnson’s The Last Jedi. They were symbolic of one of the main themes of the movie, which – unlike The Force Awakens before it – took steps to distance itself from previous Star Wars films and forge its own identity. From the get-go, Johnson made it clear he wasn’t interested in giving audiences what they expected, as the film sets up several classic Star Wars sequences only to subvert them with new payoffs.

It was a bold move, one that drew fire from certain theater goers (and some Russian influencers), while elevating it above its peers in the eyes of others. Johnson’s script issued a challenge – not just to The Last Jedi but to all future Star Wars films.

“In order to be relevant – we have to move on.”

It’s a tall order…and one that the first teaser of The Rise of Skywalker does not appear interested in meeting.

In other words, if Rian Johnson himself said “Let the past die, kill it if you have to.” J.J. Abrams seems to have responded with “Yeah, but how about that past though.”

The first teaser is filled with reminders of what came before. And here they all are:

Okay so right off the bat we have Rey. Rey herself represents the new – she’s an original character to this trilogy and the first main female protagonist in Star Wars’ film history. Cool, that’s nice.

In The Last Jedi, one of the ways that Johnson’s visually symbolized the death of the past was in the destruction of Anakin’s lightsaber. The weapon was one of the longest running artifacts of Star Wars lore, coming in Revenge of the Sith and lasting all through the original trilogy. It’s no accident Johnson picked it for the climax of the battle between Rey and Kylo Ren.

With its destruction, Rey would be challenged to move on. To learn the ways of the jedi, to construct her own lightsaber (similar to what Luke did in Return of the Jedi). It would be a mark of her journey – an opportunity to also show off her technological prowess and background as a scavenger.

Well, maybe just the latter. It seems like, rather than building her own and leaving Anakin’s blue blade behind, Rey has opted instead for the intergalactic equivalent of scotch tape. It’s back…again….

Hey, how did it even survive the events of Empire Strikes Back anyway?

Here’s something new: nostalgia for The Force Awakens. While one can argue that Kylo Ren’s mask looks cool – it was also kind of silly. More importantly, it really restricted actor Adam Driver’s acting abilities, limiting him to a muffled voice and overly-exuberant physical expressions of his emotions:

Removing the helmet allowed the conflicted antagonist to become more human, more dangerous, and more subtle. From a personal standpoint, I thought it made him a lot more compelling in The Last Jedi. J.J. Abrams seems to disagree. So, it’s back to another masked villain in a Star Wars movie.

When they announced the new trilogy, it was a no brainer that the original cast would return. From a planning standpoint, it seems Disney intended each of the trio to have their own movie – Han has The Force Awakens, Luke has The Last Jedi, and Leia would have The Rise of Skywalker. Then tragedy struck. Carrie Fisher passed away. Star Wars lost its princess.

This opened a void that was beyond anyone’s control over at Disney. So – with Han Solo gone and Luke Skywalker limited to being a force ghost, the decision seemed obvious: Reach out to Billy Dee Williams and bring back the best-dressed smuggler in the galaxy.

While bringing back Lando is just shameless nostalgia, I think most of us will let this one go. However, the question can still be asked: Did we really need to replace one callback with another? I love Lando as much as anyone, but maybe – maybe we focus on this cast now:

Remember when J.J. Abrams released The Force Awakens and more than one person said “Hey, this kinda just like A New Hope?” Yeah, that happened. So, naturally – a fear that this author has is that Abrams’ The Rise of Skywalker may mimic The Return of the Jedi (which itself already kinda mimicked A New Hope).

The prominent presence of A-wings and tie interceptors (both introduced in Return of the Jedi) in the trailer is not reassuring, and neither is this:

Hey, it’s Poe, Finn, and C-3PO! They’re on a skiff in a desert, having an adventure, just like:

God damn it. I swear, if they go back to Jakku, I am not going to be happy.

Speaking of The Return of the Jedi, A New Hope, The Force Awakens, and Rogue One – it seems like you just can’t have a Star Wars plot without involving a giant orb of destruction. The Death Star is in so many movies that it can arguably be called a main character. Oh – and before you say “the Death Star wasn’t in The Force Awakens!”

Yes it f*cking was. Moving on.

So yeah – surprise surprise – the Death Star is back, in ruined form this time. This is actually interesting since this idea was considered for The Force Awakens. Concept art shows Rey (back then called Kira) scavenging the remains of the second Death Star, which at this point is mostly underwater. 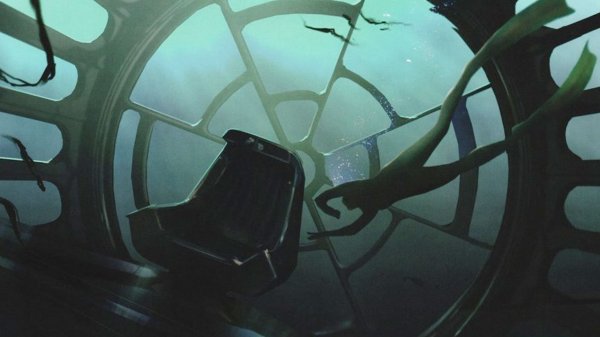 This was an alternate idea before they settled on Jakku. At the time, audiences thought the concept was abandoned. The Rise of Skywalker, however, shows this was not the case. The Death Star ruins have been found – and they appear to be mostly underwater.

Hey, remember that time Darth Maul was sliced in two, fell down a bottomless pit, and somehow lived? Well, only half of that happened to Emperor Palpatine – so who knows. Granted, the Death Star II exploded very shortly thereafter but hey, that didn’t stop Captain Phasma.

In seriousness, we don’t know if the Emperor is actually alive (this writer is praying that he isn’t), but the fact remains that he will be in the movie somehow. Whether that is through flashback, evil force ghost, or surprise convoluted survival tale remains to be seen.

However, it doesn’t change the fact that Rey, Finn, and Poe just received a new villain that none of them has ever met before and have (hopefully) no relation to. Didn’t we just kill the last one of those?

Can the Past Die?

None of this criticism applies to the film of course. Teasers are just seconds long, whereas Episode IX will probably be over two hours of material. The final product could very well be the continuation of what the other two are, with Episode VII gently pushing us forward and Episode VIII going further to distance itself and help the trilogy create a new identity.

However, the message of the teaser appears to fly in the face of all that – stating instead that this new trilogy may just be a nostalgia sandwich with most of the newness confined to the middle.

Writing this article, I have to think: I don’t have a strong opinion on The Force Awakens. Like, as a story – it’s okay. I enjoy it but rarely feel compelled to watch it. In part because, well, I’ve already seen that movie. I like the performances, I like the direction, but I can’t really say it stuck with me the way The Last Jedi did.

Watching what was supposed to be the new trilogy’s opening act, most everything still felt speculative. Oh, who’s Snoke? Who’s Rey? Where’s Luke? It raised a lot of questions – promising substance without really delivering. All of that task fell to The Last Jedi and, to Johnson’s credit, he answered every question rather than kicking the can to Episode IX. He removed the what if’s and gave substance, which – in a lot of ways – freed the story to better tell itself.

And this is my biggest fear: Rian Johnson, for better or for worse, seemed genuinely concerned with telling us a new story. J.J. Abrams – especially if this teaser is true to the spirit of the movie – seems really dedicated to perpetually reminding us of what came before. It’s nice to remember the past, but it’s bad to live in it. Let’s hope The Rise of Skywalker will stand as something more than just another retread into Star Wars nostalgia.

3 thoughts on “Star Wars: The Rise of Nostalgia”