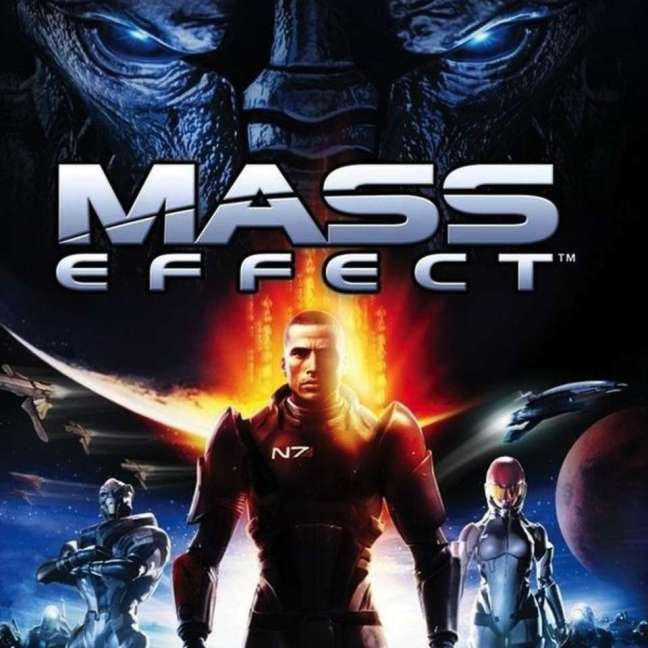 Includes a rough (first) draft of my version of a screenplay for a Mass Effect film. This is not official or connected to Bioware in any way… at least not right now.

As I have said in the past, writing screenplays can be a strong exercise to strengthen character dialogue. Working on adaptations also helps the author pull the main theme from a work, while knowing what can be lost/changed.

If you decide to write an adapted screenplay – I recommend picking something you love. This helps keep the fire burning and the writing flowing. It is no secret that I am a Mass Effect fan. Looking back through my blog, there are multiple posts on Bioware’s game series (as well as other Bioware games).

I wrote this rough draft years ago, and have had to resist the temptation to go back and work more on it since (I don’t recommend investing a ton of time in projects where the future outlook is grim). In general, I tried to capture not just the themes of the first game, but the larger archs of the trilogy as well.

That said, I kept this a fairly straight adaptation. Were I to write it again, I would likely branch off more into new territory. Writing this showcased a fundamental flaw that adaptations can fall into. Working well in one medium does not guarantee working well within another. Elements from the game had to be lost immediately. For instance, player choice is a vital part of the first Mass Effect. Keeping it – or trying to please everybody’s choices – neutered Commander Shepherd’s personality.

In writing Mass Effect, I quickly realized that I would have to write it like I was playing the game – my Shepherd, my choices. To that end, I decided to name him “Jonathan” instead of “John.” This way I could pay homage to the default name while still immediately stating that this was not him. In that vain, I also decided to make my Shepherd male. If I did it again, it would likely be with a female Commander Shepherd.

Another departure came with the inclusion of a new character, Nekulon Vakarian (Garrus’ father). Nekulon was added for a variety of reasons, but the largest came from a desire to more directly link the Council/Citadel to the main party. Nekulon Vakarian is also the commander of the Destiny Ascension – a cool ship from the first game that players really had no investment in. In doing this, I felt I could create stronger ties without altering the core character of Garrus. If anything, his disdain for Citadel procedure and authority became more enhanced with a personal connection.

Most other changes came in an effort to move characters from Mass Effect 2 into the plot. Mordin, not Kirrahe, leads the Salarians on Virmire. Wanted posters for Jack are mentioned several times in the Citadel background, and Miranda is present for the launching of the Normandy. If I were to ever write a screenplay for Mass Effect 2, the plot would change dramatically (for previously stated reasons) but the characters would remain the same.

Liara was also chosen as the love interest, since she is the only character whole can be romanced in all three games. She is also introduced into the story far earlier.

As I said, this screenplay is years old and reading parts of it now makes me cringe. That said, it represents an important writing exercise, one that I encourage all writers to participate in. It also marked a cool way for me to deepen my understanding of the Mass Effect universe, which was a joy to do.

Oh, obviously Mass Effect and all characters are property of Bioware. I make no claim to owning any of Bioware’s universe.

One thought on “Mass Effect: The Screenplay”