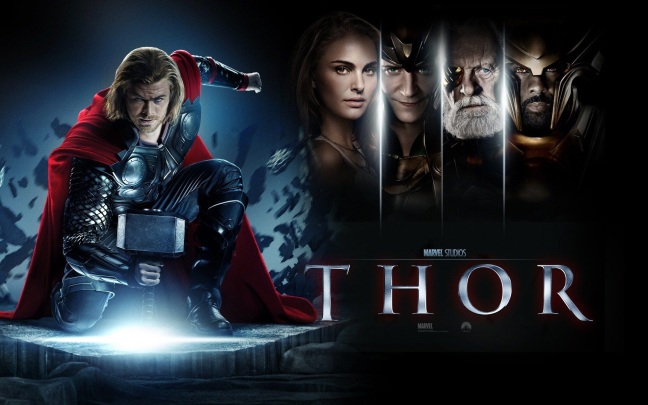 With the release of Avengers: Endgame just hours away, a lot of the internet is doing its best to create clickbait-y articles on anything Marvel-related. A popular topic? Ranking the previous 21 Marvel Cinematic Universe (MCU) films to find the “definitive” best. Of course, there is no real greatest movie in the MCU – art being subjective. While I make no secret of my hate for Thor: The Dark World, I have no problem if you enjoy it. On the contrary – I’m glad someone does.

END_OF_DOCUMENT_TOKEN_TO_BE_REPLACED

In 2011, the cinema world of the Marvel superheroes was forever changed with the successful introduction of Thor, a heroic epic about a hero of the same name. Thor did what many, including Iron Man director, Jon Favreau, deemed impossible: namely introduced magic and outlandish ideas to a very technology-based Marvel cinematic universe. Before Thor, everything was science in the way that it either required grounding or some form of explanation. Without Thor, Joss Whedon’s epic The Avengers may not have felt comfortable taking its fantasy to near Star Wars level heights.

Successful films are no accident, too many things need to go right. Thor was a product of Kenneth Branagh, a director responsible for many of today’s recent adaptations of William Shakespeare and other great literary works. Branagh believed in the world of Thor and added human drama to its characters, most notably the character of Tom Hiddleston‘s Loki.

Fast-forward to last year and the release of Thor: the Dark World, the “phase two” Thor movie directed by Game of Thrones veteran, Alan Taylor. Thor: The Dark World goes more fantastical, focusing on elements that many fans of the first film wanted to see more of; including Asgard, Loki and other strange worlds. The film introduced audiences to a new villain, Malekith, played by a Doctor Who himself, Christopher Eccleston. Yet for all its seeming success, Thor: The Dark World was as lifeless as its name suggests.

The casting of Eccleston proved to be irrelevant as the filmmakers forgot to add anything resembling humanity to his character. Malekith is evil and wants to destroy everything because he’s a dark elf. That last sentence is the same level of rationalization and character development that is given to the character in a nearly two hour movie.

Returning actors Chris Hemsworth, Natalie Portman, and Anthony Hopkins return but again have little to do in the way of character development. Thor is the generic hero, Jane Foster is the generic love interest and Odin is the generic Hopkins performance. Even the magical setting of Asgard, which in the fist film brimmed with light and uniqueness, appears faded and tired this time around.

The only actor who ever breathes onscreen is Hiddleston. His Loki still continues to exude the conflicted trauma of pain and mischief that makes him fun to watch. However the script fails to give Loki any real impact on the story other than to prevent the audience from lapsing into the coma of the Dark World.

Director Alan Taylor added the darker, more realistic look of Game of Thrones while forgetting to import any of the show’s intriguing character drama. The result is a dull affair that does little more than to answer the question of what Thor was doing between Avengers films. The movie would have been bad on its own, but to compare it to the initial vision of Kenneth Branagh, the man who proved magic was possible in superhero films, cements Thor: the Dark World as not only the worst of the Marvel superhero movies but also 2013’s most disappointing film.

This article and many more may also be viewed at Culective.