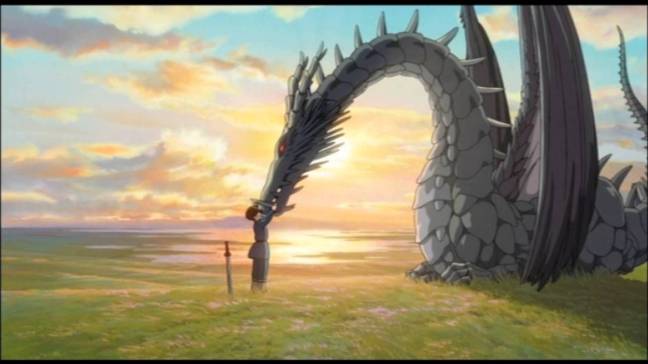 Eleven years on, it is no longer innovative to say that Gorô Miyazaki’s Tales from Earthsea is a mess. The world long ago reached that consensus. Yet it is worth understanding why the film failed. Having recently watched it, I discerned two major problem areas: script and protagonist. Let’s talk about the latter.

As I have said before, I follow the Writing Excuses’ three pronged character approach. Meaning that a protagonist (or any character) needs to exist on three levels: competence, proactivity, and sympathy. A character must either be capable, active, or likable – or some combination thereof. Having a character with these traits makes it easier for the reader to relate. It also makes it very easy to root for the main character when they encounter struggles. As a reader, you either: want to see them outsmart the problem, want to see their tenacity pay off, or see a good person rewarded.

When main characters don’t have these three things, at least in some capacity, there is a real problem. They become a lot like Arren:

As I watched Tales from Earthsea, a huge problem became apparent. I wasn’t rooting for Arren, I didn’t care if he succeeded. In fact, I actively disliked him as the story progressed. It is a major narrative problem if you have a protagonist who is not likable in any way. So, let’s see how Arren rates on the three scales.

Going in reverse order here, one of the easiest things to do is establish sympathy for a character. This is why so many super heroes have tragic backstories. Harry Potter is an abused child. Katniss Everdeen volunteers for the Hunger Games to save her sister. Something happens, usually early on, to humanize the protagonist through struggle.

Perfect opening: in Tales from Earthsea, Arren’s father (the good king) is murdered early on. The king is actually among the first characters we as an audience are introduced to – and we like him. His land is struggling and he is trying to find a way to help his people. Then he is cowardly stabbed to death in the darkness of his own halls.

Problem: Arren is the one who murders his father…

Well, it’s certainly a novel opening, I’ll give it that. What’s worse is the film never really addresses it. This is a surprising turn to say the least. Arren seems to regret his decision throughout the rest of the movie – it appears as the main reason for his depression.

So why did he do it? Uhm… not sure? There are several possible reasons, ranging from curse to possession. None of them are ever directly stated. The most likely is that the film’s villain, a sorcerer named Cob, possessed Arren, knowing that the murder would further destabilize the kingdom. But, as I said, it’s not stated. (It’s also very unclear/uncertain why Cob would care enough to do it.)

The film opens with a gut-shot and waits at least forty minutes before even talking about it again. Arren’s likability never recovers.

Okay, so Arren’s not a nice guy but his actions (at least killing his father) certainly kick off the plot. Surely someone like him will make a difference as the narrative unfolds… or not.

Protagonists who drive a plot do not always have to be the nicest people (Artemis Fowl, Walter White). Arren, unfortunately, sinks into a stupor after the film’s opening. He is very much a passive protagonist for much of the film – a person who things happen to rather than a person who makes things happen.

After murdering his father, Arren runs away. He is about to be killed by wolves when he is saved by side-character Sparrowhawk (the good sorcerer). Sparrowhawk then decides where they go, what they do – he is very much the character propelling the narrative. Arren is mopey cargo that tags along and asks questions to give the script ample opportunity for mindless exposition.

With the constant but vague premise of possession, it is never clear when we’re watching Arren act or watching someone else act through him. While he seems to have good intentions, they’re drowned in the inaction of his depression. There is nothing wrong with having a depressed protagonist (Bojack Horseman) but this was not a competent way to do it. Speaking of competence…

Arren isn’t a particularly capable boy. Once he meets Sparrowhawk, the sorcerer is constantly saving him from slavers, Cob, or explaining how the world works (despite the fact that Arren lives in it too). If you’re thinking that Arren eventually defeats Cob – that never really happens.

He fights Cob? Yeah, and I think he’s winning but it’s more of his dragon friend who saves the day.

Here is what happens when Arren is left to his own devices: he is almost tempted into drug-use (saved by Sparrowhawk), saves Therru from slavers (not clear if this is his inner possession/insanity/whatever is going on), falls asleep on a dangerous street and is kidnapped by slavers (saved by Sparrowhawk), runs away (gets abducted by villain), is brainwashed, and evidently unsheathes a sword.

In short, I’m not sure what Arren really brought to the team that someone else couldn’t have done better. Despite his royal education, he doesn’t appear particularly bright in matters of society. He is next to useless in real world understanding. He can kind of fight with a sword but that’s never really elaborated on/needed.

In short: Arren fails as a protagonist. It isn’t his depression, or even his malicious opening act. It is the fact that he never feels consequential. Arren is a passive protagonist who is dragged on by the narrative rather than propelling it forward. He is unlikable and often annoying, making one of three faces and perpetually standing around. Google image search “Arren” from Tales from Earthsea for a plethora of static images.

He is exactly what to watch out for in any manuscript.

One thought on “Problem Protagonists: Tales from Earthsea”