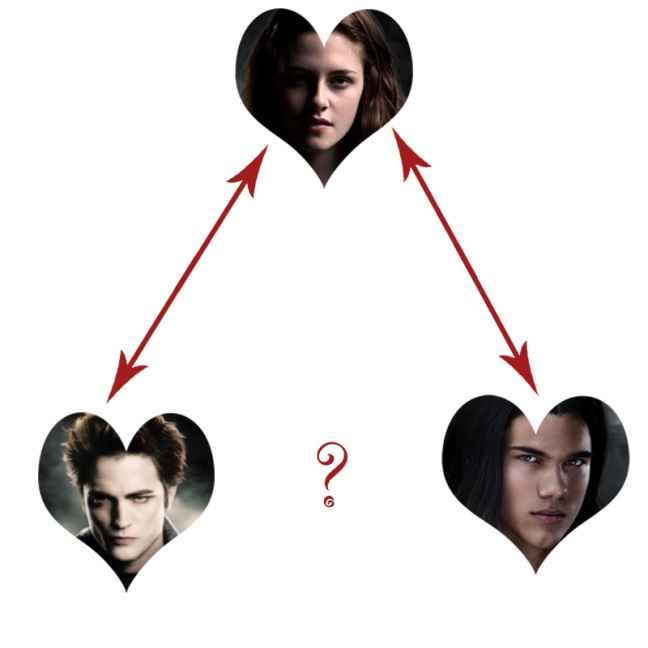 Quick note: this can apply to plenty of adult fiction as well.

Last night, I had the pleasure of having a discussion with a couple of my fellow authors from Pen Name Publishing. For about a half an hour, we talked about the role of women in young adult (YA) literature, paying particular attention to the question: why are so many female protagonists always in love triangles? Basically: why are so many female protagonists defined by their quest to find love? Why is this such a common thread in young adult writing?

The idea of a female protagonist in a love triangle is nothing new. Jane Austen’s Pride and Prejudice and Emily Brontë’s Wuthering Heights are classic examples of this plot line unfolding. Back then, the role of women in life (particularly rich women) was very well defined: woo and marry a rich man. Upper-class marriage back then was far more of a financial settlement than a romantic endeavor. So naturally, the obvious love triangle emerged: should she marry Mr. Well-to-Do (whom she doesn’t really love but is the rational choice) or Johnny Two-Cents (a poor man, usually a childhood friend, whom she truly loves)? At one point, this plot was new… as  the bow and arrow was at one point the height of ranged weaponry.

The problem is that, while the reality of marriage has shifted, the ideas governing most literature have not. A woman’s life is still affected greatly by relationship/marriage, but not like it was hundreds of years ago. There is a theory, popularized by Joseph Campbell, that all storytelling shares a common core – a monomyth. According to this idea, every heroic journey can be broken down into the same fundamental parts, the same milestones, the same quest. Campbell titled this work: The Hero with a Thousand Faces.

While it may be true that all heroes share a common journey, the heroine with a thousand faces needs an update – one that takes her out of the Victorian Era. Women are not, and have never been, docile creatures, whom the slightest  excitement overwhelms. To strengthen women in YA and solve the love triangle problem – give them action.

There is an exercise that I have writers do with their characters that I have found to be very helpful. After writing a draft, switch the gender of every character. This does not require rewriting, although that can strengthen the effect. After switching, reread the draft and see how many characters stand around waiting for the action to unfold. How many newly male character spend over half their dialogue discussing the actions  of newly female ones?

When a male character has a goal, it can be anything – money, honor, identity, defeating a villain. There is no reason that female characters cannot have this same diversity. To be fair, it is (and will always be) acceptable to have a character – female or otherwise – obsessed with relationships. If this is the case, however, please think it through.

Quick brainstorm: what would such a character be like? Well, they may be emotionally immature, probably lacking in self-confidence. They may have a powerful need for external approval, potentially because they grew up without it. They could have a poorly developed sense of self, as it needs to be molded off of whoever the current relationship is. Or maybe they just really enjoy sex and like the different experience that each individual brings.

Flushing out characters requires revision. No author writes a complete person in draft one. It is always obvious which authors said “good enough” to an idea (apparent from the start of writing) and which authors pushed for authentic personality (only apparent once the first draft has been finished).

I would be perfectly fine with a dull female character obsessing over relationships if at least one character in the book treated her appropriately. That shows that the author is aware of what they are writing, and not just writing it because “it’s the way it is.”

Don’t be lazy in your writing. Action requires motivation and motivation requires thought. All of these together are an excellent starting point for character writing, female or otherwise.