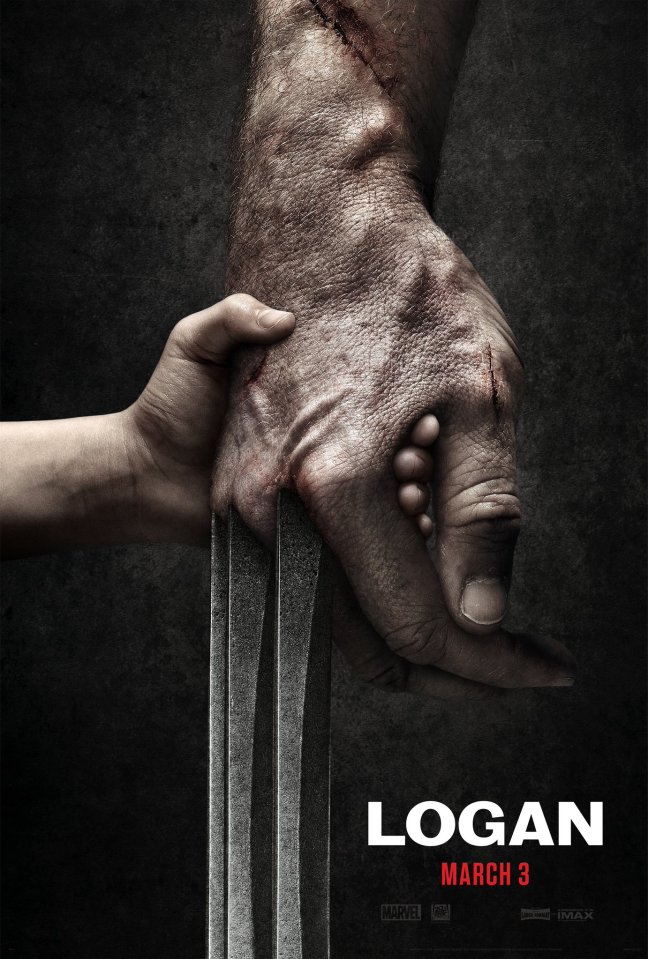 Well, that’s it. After nine appearance, Hugh Jackman has played Wolverine for the last time. What’s better is that he got to go out in Logan, the final in a character-centric trilogy (not to be confused with the X-Men movies) that actually turned out to be the best of those films. While I disagree with those placing Logan on the same pedestal as Christopher Nolan’s The Dark Knight, there is no denying that the film is entertaining.

For those who don’t know, Logan takes place in the near future. While it’s not traditional post-apocalyptic, human civilization does appear in decline. Add to that the seemingly unexplained disappearance of mutants from the gene pool and it’s got a dire tone. Mankind may not be going extinct but mutants sure as heck are.

When we see Logan, he’s in bad shape. Unlike his previous 100+ years of life, he actually appears to be aging. Worse than that, he appears to be dying. He and Charles Xavier (Patrick Stewart) are all that are left of the X-Men. Charles is in a bad way too, as his mind is being affected by degenerative brain disease – dangerous considering he’s also the most powerful telepath in the world.

The plot swings into action when Logan is introduced to Laura (Dafne Keen), the first new mutant that Charles has been aware of in years. She’s silent and psychotic, sporting a pair of familiar adamantium claws. Shortly after, some genetics industry (coupled with more mercenaries than one would expect in a war zone) shows up looking for Laura, causing the three mutants to embark on one last road trip to search for a bright future.

If it doesn’t sound familiar yet, remove the world “mutant” from the plot. Surrogate father and daughter journey across harsh landscape towards hope. Sound a little like this? 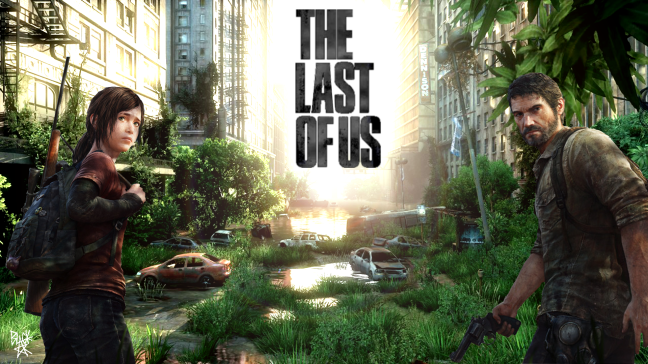 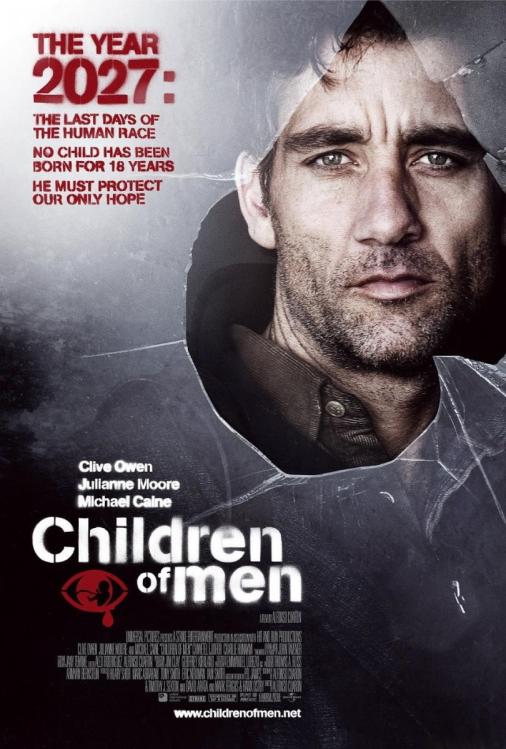 Yeah, while Logan‘s plot may be a new tread for superhero films, it is not unfamiliar ground. Heck, it’s also not even the first post-apocalyptic X-Men movie. Like Children of Men and Last of Us, Logan deals with human nature in a harsh setting. It has selfishness vs. selflessness, survival vs. living, and speaks at length about the bonds between human beings (family or surrogate family).

Unfortunately for Logan, it suffers from “well… it needs a bad guy!” This is where the film falters, and what ultimately separates it from achieving the greatness of the other two mentioned works. Spoilers: there’s an evil Wolverine, and like Jeff Bridges from Tron: Legacy, he is a creation of ill-applied CGI to a character that feels more effect than flesh-and-blood.

It is true that Last of Us and Children of Men also had villains. That said, each handled the issue differently. Last of Us opted for a series of varying antagonists rather than a set big bad and Children of Men kept the perspective more firmly grounded with the protagonist. The result was a stronger focus on the heart – that relationship between father and daughter. Logan interrupts this constantly to go to this clown: 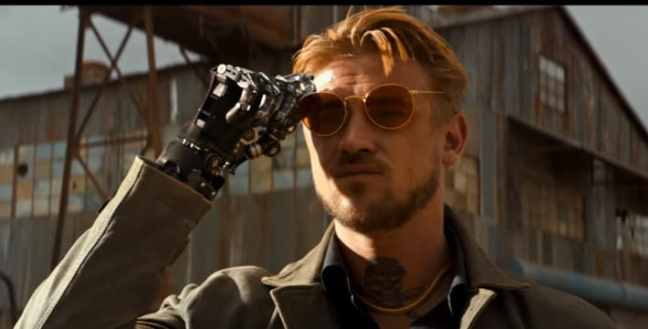 This is Pierce (Boyd Holbrook). He’s a head-of-security/mercenary for the genetics industry bad guy. He has a metal hand and tattoos. If you’re waiting for me to get into his character, well… he has a metal hand and tattoos. There are several sequences in Logan that consist of Pierce twirling about said metal hand in unnatural ways, just to make sure the audience knows. For the minimal impact he has on the plot (and it is deeply minimal), Pierce is featured fairly heavily, to the point that I personally kept waiting for him to become an important character (or at least a compelling villain).

Neither of which happen as Pierce survives unnaturally long just to be offed by some kids at the end of the movie. Yep, that was a worthwhile character arch. Like I said, he shares top villain billing with an evil clone of Wolverine – one that never talks.

What villains like this do is occupy portions of the screenplay that could be better served. The relationship between Logan and Laura is central to the story and it’s a shame that it takes so long to get off the ground. This weakens what still manages to be a touching scene between them at the end of the film (thank the actors for pulling it off). It’s odd to have Laura so distraught – chanting “daddy, daddy” to a man she didn’t speak to for over half of the film. Logan seems to push that, if it’s genetic, it must be a strong bond.

Imagine how much stronger the film could have been, without all the slash-happy fight scenes. Logan leading Laura through dystopian America, slowly building a greater and greater bond to her, all the while knowing he is dying and that they will have to say good-bye. Tell me, what part of that story needed an evil Wolverine clone? Given that Logan is already dying and Charles is mentally unstable, the danger factor was already present.

So there you have it – my two cents on Logan. Judging from its strong critical reception, I may be in a minority in feeling that the film is so flawed. So be it. As I said, I still found the film enjoyable. The performances were able (in most cases) to overcome the flaws I saw in the script. I just wish that, since they went so far with drawing inspiration from other sources, that they had taken those non-superhero-film ideas all the way.

One thought on “The Last of Logan”