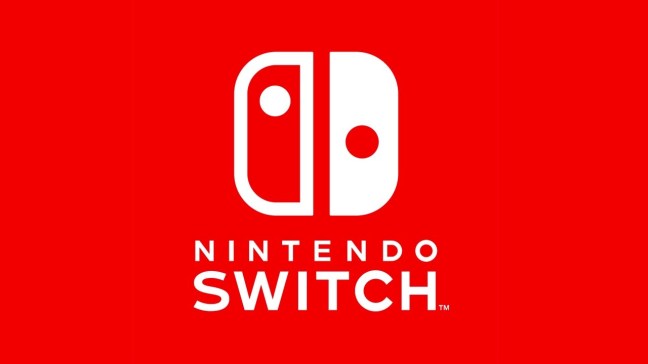 By the time this is published, I’ll be attending PAX East 2017. I figured it was a good time to talk about video games. Luckily (or perhaps unluckily) Nintendo just did something pretty crazy. Let’s talk about the Switch!

END_OF_DOCUMENT_TOKEN_TO_BE_REPLACED

The Nintendo Wii U does not appear, on the surface, to be leaving much of a legacy. With the code-name NX console slated for next year, the door is set to close on Nintendo’s eighth generation console. Its current claim to infamy: the Wii U (to date) is the worst-selling Nintendo home console, at 12.8 million units (the previous title owner was the Gamecube at 21.7 million units). Yet I believe history may show a silver-lining for the Wii U. In many ways, its unique, ambitious, and ultimately underutilized controller concept has prototyped the way that the industry may play in the immediate future. In a lot of cases, the Wii U controller screen was used like a virtual reality (VR) headset.

END_OF_DOCUMENT_TOKEN_TO_BE_REPLACED

It is no secret that Nintendo has seen better days. While the company is far from in trouble financially, the Wii U and 3DS have not matched the high profitability of the Wii and DS. Part of this is the normal rise and fall of the video game industry (think Xbox-Xbox 360-Xbox One). Yet there is another sign that the Big N might be in trouble that is actually far more worrisome than lackluster hardware sales.

Nintendo is a rarity in today’s video game climate. It is a company that survives largely without the support of third-party developers. Want to play Grand Theft Auto, BioShock, Star Wars Battlefront – buy another system. This absence would doom most video game console developers, but Nintendo has been able to fire back with the likes of Mario, the Legend of Zelda, Super Smash Bros., and Pikmin. They are a company that carries itself on its first-party (in-house) software library.

In short: if Nintendo first-party games don’t sell, the company hasn’t got a chance. So far this hasn’t been a problem, since Nintendo games usually gather near-unanimous praise from gamers and critics alike. This past year, however, has seen a disturbing trend. Several first-party games have been released to less than stellar reviews, some of them coming from Nintendo’s most prominent series.

Beginning on the Virtual Boy, the Mario Tennis series went big with its Nintendo 64 entry. Since then, the series has been a staple of fun sports games done well. While it never rose as high as Mario Kart, the series enjoyed success on the Gamecube, the Gameboy Advance, the Wii, and on the 3DS. Yet the Wii-version was just a redone Gamecube release and fans could not wait for the next console entry to continue the series’ high standard.

How do you follow-up the surprising success of Animal Crossing: New Leaf on the 3DS? Apparently, Nintendo opted for a mediocre handheld game (which many critics said felt more like a mini-game) and a console release that convinced many gamers that amiibos were the stuff of gimmicks.

While New Leaf received near-universal praise (88 on Metacritic with a 8.7 user rating), Happy Home Designer managed only a 66 (6.7 user score) and Amiibo Festival was worse at 46 (4.4 user score). In two games, Nintendo was able to erase nearly all the goodwill established with New Leaf. Now, when the next Animal Crossing game is released – customers will likely check to see if it is an actual new game, or another gimmick trodden out to pad game release numbers.

To look at the units sold, it’s even worse. New Leaf sold a strong 8.87 million units. Happy Home Designer has only sold 2.83 million, and Amiibo Festival has yet to break a million (at this point it is unlikely that it will). Ouch.

The Legend of Zelda: Tri-Force Heroes

While this game did not receive the negative reviews of the others, it is worth mentioning because it is a Zelda game. Specifically, I believe that this game features the lowest average review score of any Zelda game made by Nintendo (these don’t count). The Legend of Zelda: Tri-Force Heroes earned only a 73 on Metacritic (user score was 75). To put that in perspective, the average of the other Zelda games, just on page one, was 92. Again, that is a large drop off in quality (far down from A Link Between Worlds, which earned a 91.

To look at units sold, Tri-Force Heroes sits currently at just over a million, whereas A Link Between Worlds is just under three million. Again, it is not incredibly troubling, but to release even an “okay” Zelda game damages the brand of one of Nintendo’s biggest franchises.

I include this last one with an *. As of now, Star Fox Zero has not been released to the public yet in North America, but reviews are coming in. Currently, it is a 72 on Metacritic, which is not terrible (currently above Star Fox Assault). That said, Star Fox Zero was the first game since 64 that directly involved legendary creator Shigeru Miyamoto – so expectations were a little higher.

Time will tell exactly how well this new Star Fox sells and is received by fans. Star Fox Assault, the last console Star Fox game, sold just over a million units, so that is the number to beat.

It is no surprise that higher review scores translate to higher sales numbers. In a world that is overloaded with games, it is tough to make a case to own any game that is less than good. Nintendo has survived on its brands and will continue to do so. Every misstep is costly. Series like Legend of Zelda will no doubt recover from Tri-Force Heroes, but when will we see another Mario Tennis game? To give a comparison, Rogue Squadron was a staple Star Wars franchise… that is until Rebel Strike came out.

The damage done by lackluster games cannot be understated. Here’s hoping that Nintendo rightens the ship before it is too late. Perhaps they are saving all their big ideas for the NX.