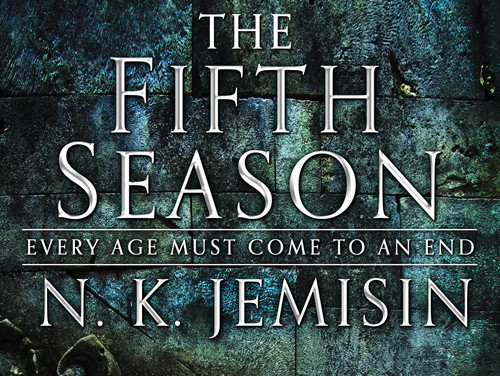 Let me say a few quick things before we dive in. This article is not intended to be your last stop on this topic, but your first. This topic is worth researching as it reflects a shift away from Tolkien’s more simplistic fantasy archetype, as well as an important examination into issues that we as a society still struggle discussing. I’m also (with a couple exceptions) going to focus on prejudice portrayed in writing – not in the author. All righty, here we go.

Racism, prejudice, bigotry – whatever you wish to call it – has been reflected in the fantasy fiction genre for many years. Part of this comes from the simplistic nature established by the Tolkien archetype. Orcs are evil because… well, they just are. Their whole race was made from black magic with ill intent. You can read every extensive page of Tolkien lore and never find a good orc, Tolkien never envisioned one.

And that’s fine. Middle Earth is not ever intended to be a one-to-one comparison with our actual Earth. Its larger-than-life heroes without flaw are proof of that. The Lord of the Rings has much more in common with Greek mythology than modern day fantasy. After Tolkien, however, the problems really started. Writers, influenced by the grand epic nature of Tolkien’s world, sought to flesh out and humanize their characters… while still maintaining Tolkien’s simplistic world view.

The Unknown Prejudice of Brian Jacques

I grew up reading Brian Jacques‘ Redwall series. Books like Mossflower, Mattimeo, Mariel of Redwall – I loved them all. I was a big fan of mixing epic fantasy with local woodland creatures, somehow it helped make it more believable for me (I say this as someone raised surrounded by woods). As I grew older and the series continued, however, I began to notice things.

Marlfox was the novel where I first really noticed it. It seemed like certain races – rats, foxes, cats – were just destined to be evil. Wickedness appeared hardwired into their lineage. Born a fox – well too bad, you’re a monster! Every good character in Brian Jacques’ Redwall series was relatable. The mythological, Arthurian nature that was present in Lord of the Rings was nowhere here.

The problem manifested again and again with every new book – and perhaps this was the root of it. Jacques likely had never envisioned Redwall as a long-running series (22 main books when all was said and done). It is fine to have a group of murderous rats once or a thieving fox once – but as these character recur endlessly without contradiction, then an ugly commentary on racism becomes apparent.

I will not assume motive but the taint on the series is sadly undeniable. Whether intentional or not, Jacques has damaged the enduring charm of Redwall with, at best lazy and at worst racist, villains.

A Better Portrayal of Prejudice

There are many Brian Jacques (and unfortunately some H.P. Lovecrafts) in the fantasy genre. The inherent problem stems from a domination of white voices at the expense of minority ones. This is an issue that troubles multiple genres. A recent (2015) study found that less than 2% of science fiction stories published that year were by black authors. The odds of that happening by chance are practically non-existent.

We need to do better. If literature is as mind-opening as we claim than we have to make sure it is a medium owned by everyone. I say we because last year I attended a writers of color event and discovered – with incredible dismay – that I really had never read books that weren’t from a white author.

While there is nothing wrong with reading white authors, it is innately limiting. That meant that there was a whole perspective, whole dimensions of understanding that I was missing. It was unacceptable to me so I resolved to change it.

The Broken Earth trilogy by N.K. Jemisin is a marked improvement in the examination of prejudice in fantasy literature. Jemisin presents a world where those gifted with earth-related magic (here called orogeny) are treated with distrust, abuse, and torment. Stripped of their humanity, they are seen as less than people and too dangerous/stupid to be left on their own. They must be shackled for the good of all humanity.

Of course, The Broken Earth is told from the perspective of one of these “less-than-human creatures” and the reader can learn firsthand how nightmarish the whole system is. The lazy black-and-white nature that writers like Jacques relied on is gone. The Broken Earth Trilogy sparks thought without hitting very real issues expressly on the nose.

I believe it is incredibly important to discuss issues like racism and slavery outside of the real world. Trapping them in history confines the reality of what happened and is still happening in the world. While books like Yaa Gyasi’s Homegoing may be fantastic – and it is fantastic – they can be too easily ignored. Sometimes the best way to talk to people on tough subjects is to do so indirectly. It, at the very least, is likely to expand the audience.

I am optimistic that more new voices will enter the literary space and that genres like fantasy will deepen and improve. The presence of writers of color can only strengthen us. They will bring to light issues and ideas that we may have not thought of before and we will strengthen each other by having, for the first time, truly open exchange. Prejudice is a literary topic begging for new and better voices that offer real examination and do not simply attempt to emulate what has come before.

One thought on “Prejudice in Fantasy”