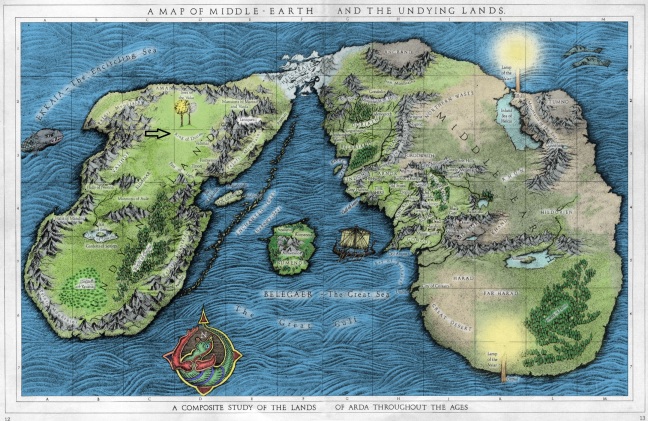 Imagine living in colonial times, stepping off your ship and onto the new world. Out from the brush comes a tribe of people you have never seen before. They are mostly naked, wearing only the skins of animals. Their most advanced weapon is the bow and arrow. Compared to you, in your shining metal armor and with a musket in hand, they appear positively primitive. Clearly yours is the advanced race… or maybe they didn’t even have the horse until around 1600… maybe it has more to do with that.

This is why history matters when composing setting.

Setting is like a character. All the good ones have dimension. For instance, let’s say my setting is a small town in Northern Canada. I say, at the beginning, that its winter in this small town and that there’s snow. So far, this is all standard stuff and some people end it there and start writing. Let’s push the setting further.

Most towns this far north, including this one, are suffering. There are no mountains nearby to attract skiers and the fur trade, the business upon which the town was founded, dried up long ago. Right now, I am bringing in topographical features and history to enhance my setting – similar to how physical characteristics and history can strengthen a character.

History, however, is not one event. We know how the town was founded – let’s say back in 1698. If the story is set in present day, this would make the town  319 years old. Stuff happens in 319 years. Perhaps there was a struggle with the Native Canadians or the French/English/Irish, or perhaps the town prospected for oil for the better part of the 19th century. Someone could have reportedly seen a Sasquatch and this sighting could have become famous. Someone could have been born in the town and gone on to become important, resulting in a street name and a memorial.

All of this history has been shaped by the town’s location – making it essential to its identity. A rural town in Canada will have a different identity than an island city in the south Pacific  or a colony on Mars.

Animal and plant life also plays a role. Let’s look at this poor Canadian town and add a moss that provides an essential chemical compound to treating whooping cough. This town suddenly has a pharmaceutical plant. It also has a national park where people have reported seeing spotted lynx, so conservationists are making an effort to protect it. Again, plant and animal life are controlled by location. Look at this out of place fellow: 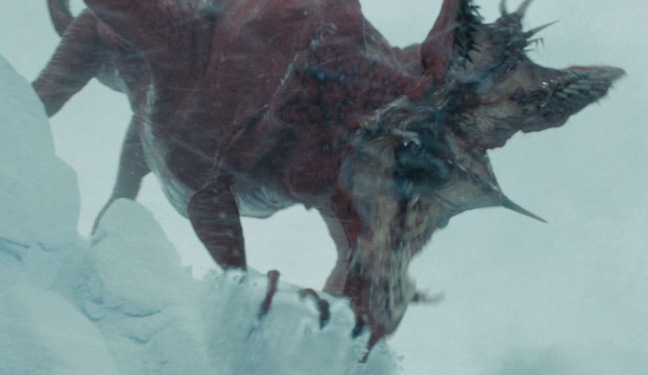 This is an alien monster from the 2009 film, Star Trek. At first glance, something is up. For starters, it is on a frozen world yet appears to have no fur – so how does it keep warm? It is also bright red, an odd survival adaptation in an all white setting. Prey should be able to see it coming from a mile off. So how then, could this creature exist?

Just going from appearance, I might offer an explanation. This beast has no eyes so it might primary live underground. Those wicked looking claws might be more for digging than slashing. It could also explain the red color – perhaps caused by a pigment that soaks up heat from the planet’s core. It only ever ventures above ground for food, where it is an ambush predator (hence the expanding jaw to maximize chance of grabbing on the first bite).

With this, suddenly the creature is more plausible. While most authors don’t compete in a visual medium, this logic check still applies. If I read a story set in a metropolis and all of a sudden a dinosaur bursts out of the opera house, my first thought will be: how did that get there/where did that come from? This will especially true if the characters in the book do not share my sense of bewilderment.

In short: a lord should not be surprised when a dragon burns down his wooden hall. In that world, dragons exist so people would have responded accordingly. Stone used for building would have become a precious resource since, after all, dragons cannot set stone on fire. When two species meet, they either adapt to each other or one perishes.

Authors who do this well are J.R.R. Tolkien (owner of perhaps the most famous fantasy setting of all time) and Shirley Jackson (In The Haunting of Hill House and We Have Always Lived in the Castle, the setting feels like a character who sets the mood). That said, there is a danger to over-emphasizing world-building.

When writing, the most important thing to do is, well, write. Writing is an act of passion that cannot be reasoned through. Every tool I have discussed on setting should be implemented after the first draft. Write the story first, give the setting (like the characters) a chance to grow naturally.

Writing a book (or anything really) is like getting to know someone. If it’s not organic, it’s not engaging. Stories that derail in order to focus on the setting often feel like travel logs. Most people do not read – or even think about – travel logs as a form of entertainment. While setting is important, it should never be elaborated on solely for its own sake.

That Canadian town could have a nickel mine underneath it that has been abandoned for fifty years. This is hardly essential to a story about a teenage girl desperately trying to get into college and escape her town, but may be a vital part of a story involving substance abuse.

There is no one part of writing that is the most essential. The act is a marriage of different elements into the creation of a presentable whole. Setting can be seen as a leg on which the story stands. Definitely important, but unable to do anything on its own. Write accordingly.

3 thoughts on “How to Strengthen Setting”