I know what you’re thinking: there’s only two women there and both conform to the ideally thin image demanded by civilized society. That is not the problem. True, while the show wastes episodes devoted to explaining these two’s “character” and “motivation,” the problem with Young Justice is that women actually WATCHED it. Apparently a lot of them, the majority of Young Justice’s strong viewership was women. So, of course, the executives at Cartoon Network had to cancel it.

If Paul Dini is to be believed (he’s a man so we can trust him), then the sole reason that Young Justice went off the air is because, since the majority of the viewership was women, the execs over at Cartoon Network (I’m going to guess also at least 90% male) canceled the show since it wouldn’t sell toys.

“…we had families and girls watching, and girls really became a part of our audience…but the Cartoon Network was saying…’no, we want the boys’ action, it’s boys’ action, this goofy boy humor we’ve [got to] get that in there’…I’d say look at the numbers, we’ve got parents watching…[the executives at Cartoon Network say] ‘we’ve got too many girls, we need more boys.’ And that’s why they cancelled us…’We don’t want girls because the girls won’t buy toys….Boys buy the little spinny tops, they buy the action figures, girls buy princesses, we’re not selling princesses.”

Just read that again. The nerve, right? WHY COULDN’T THEY HAVE WATCHED SOMETHING WITH PRINCESSES?! Everyone knows that there is not a single super-popular animated show out there starring a woman who is not a princess.

All the Cartoon Network executives wanted was to create a good, wholesome show that sold toys to little boys and little boys only, like a 21st century G.I. Joe or Transformers. Those two shows were both solely marketed towards males and have not produced a single sexist – 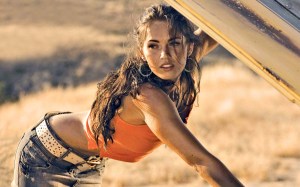 Well not more than one –

For the record, I did try to find the records for Young Justice‘s ratings to confirm (or deny) Mr. Dini’s accusations but was unable to. What I did find was that the show was highly rated on IMDB, praised on TV.com, and that there is a petition to bring the show back. Apparently a Kickstarter campaign was also considered. Clearly this just means that the women are organized and are actively trying to trick the Cartoon Network executives. Rest assured, they are men and no attempt at manipulation or well-formulated argument will penetrate their testosterone-reinforced skulls.

This is a shame since I just binge-watched the first season (on vacation, don’t judge me) of Young Justice and it was rather entertaining. There was excellent story continuity, strong characters, and the show appeared to contain applicable morals for teens growing up. F*cking women though… am I right, Mr. Dini?

“That’s the thing, you know I hate being Mr. Sour Grapes here, but I’ll just lay it on the line: that’s the thing that got us cancelled on Tower Prep, honest-to-God was, it’s like, ‘we need boys, but we need girls right there, right one step behind the boys’—this is the network talking—’one step behind the boys, not as smart as the boys, not as interesting as boys, but right there.’ And then we began writing stories that got into the two girls’ back stories, and they were really interesting. And suddenly we had families and girls watching, and girls really became a big part of our audience, in sort of like they picked up that Harry Potter type of serialized way, which is what The Batman in boarding school [?] is really gonna kill. But, the Cartoon Network was saying, ‘Fuck no, we want the boys’ action, it’s boys’ action, this goofy boy humor we’ve gotta get that in there. And we can’t—’ and I’d say, but look at the numbers, we’ve got parents watching, with the families, and then when you break it down—’Yeah, but the—so many—we’ve got too many girls. We need more boys.”

Clearly Paul Dini is as outraged at the female audience as I am (with their stupid need to watch things that aren’t about makeup or cooking). Thankfully, the executives at Cartoon Network were able to put a stop to it… this time. Men, we need to be firm on this. If there are little girls out there watching the things that little boys are supposed to be watching, they may start getting the same ideas! The same hopes, the same dreams! They might start wanting what we want, which is bad because everyone knows how clever women are when it comes to getting their way.

Oh well, maybe Netflix will pick it up for another season or two. They are very good at listening to what fans want and providing the appropriate programming. I know what you’re thinking, I will say right now that Netflix is run by a man, but maybe he’s a little like a woman on the inside. Young Justice can only hope.

Even though I think it was pretty obvious, let me just say that this post was brought to you by the letter “S” for sarcasm and sexism.