Hey guys, I know it’s highly unusual that I post twice in one day but there is something I wanted to bring to everyone’s attention. Here is the link to the original article. Please read it thoroughly before we continue and I would advise looking at the comments below as well.

Warning: this post contains nudity. If that offends you, well in this instance I’d like you to read anyway.

I would like to thank author Jackie for bringing this matter to the forefront as I feel it addresses a large problem with the media culture that is currently in place. She writes a valid point that yes, if Facebook wishes to allow sexual objectification on their website, it really isn’t too much to ask that they promote sexual education as well. There are even marketing advantages to promoting both (I’m sure Trojan and other companies would welcome higher levels of sex education). So again, thanks Jackie. You are bringing up an issue of the old media machine and why it is so important that new media has risen. As Red Rings of Redemption is a web blog devoted to the realm of media (and all matters contained within) we gladly offer our support to your goal.

However, it is crucially important that, going forward, the central focus of this campaign remain in the spotlight. This is not, I repeat, NOT a battle between men and women. This is the inevitable problem that arises when old ways of thinking are adapted into new systems. What do I mean by that: very simple. It is incredibly hypocritical to live in a world that preaches both body shame (particularly associated with certain areas of the body) and the use of sex appeal as a marketing tool. It just doesn’t add up.

The culture of body shame is the older one and the one that (in my opinion) needs to be lost. This attitude that we should be ashamed of our bodies is a remnant left over from days when the world functioned under a different order. Was it right back then: maybe, probably not. Is it right today: definitely not. I’m not saying to go naked everywhere as you please, clothes were invented for very sound and logical reasons. However, the fact that both women and men can wear clothing that leaves nothing to the imagination and still be completely accepted whereas if even one nipple is flashed it becomes offensive does not make sense. Here is a perfect example:

In February 2004, Janet Jackson became a center of controversy after a planned “wardrobe malfunction”. This ignited a lot of moral outrage while at the same time giving the event more publicity than any Superbowl before or since (the two systems in action). Let’s please look at this. What is she wearing? Why is that not offensive, it is incredibly sexually suggestive. She was on stage singing “Rock Your Body” with Justin Timberlake, are you going to tell me there is nothing contained in the lyrics of that song that is any less than a nipple. That’s what offended so many people. A nipple! Not the fact that is was her breast, not the fact that Justin Timberlake tore off a section of her costume (people worked hard making that you jerk). Not even the fact that she was wearing really bizarre looking nipple jewelery (I don’t understand that culture). Just the fact that you could see her nipple did more to offend people and captured more news media than all of the current atrocities happening in Syria.

Western media needs to evolve past this. Let me stress that more: American media (I include Canada as well, I’m not familiar enough with Mexico’s media to lump them in) needs to evolve past this. And they have been. There has been progress as, little by little, the culture of shame has begun to chip away. Obviously we’re not there yet, this post would not exist unless it had to.

Companies like Facebook and Google enjoy an unprecedented level of power in the early 21st century and power is what is needed to change culture. I’m sure people like Facebook CEO Mark Zuckerberg and Facebook COO Sheryl Sandberg are not big believers in the culture of sexual shame.

This next statement is pure theory and conjecture: I believe that ending the culture of sexual shame might also help subdue (or at least weaken) the culture of sexual objectification. Think about that for a moment. My train of thought right now is operating on the Forbidden Fruit principle. Tell a child they cannot have a cookie then leave the room. What is the first thing that child will go for? Tell an eighteen year old they’re too young to drink, what will they do? Tell a person that it is wrong to have pride in the human body and it will become a major presence in the world of media marketing. Is this the correct response: absolutely not but it is the response that has happened.

I don’t know what will happen if we remove the culture of shame but I honestly don’t foresee any real negative repercussions. When has more open discussion ever hurt an issue? We have been removing cultures for the past two centuries: we are currently in the midst of removing a culture of inequality (more people can vote and express their opinions now than ever before, think about that). Point is: cultures fall and we can all do our part to remove this one. No one, man, woman, transgender, should ever feel ashamed to question their bodies or afraid to seek out education in regards to that matter.

So I am joining my fellow blogger Katie in writing to Facebook and asking them to revise their guidelines. It is a small step but a necessary one. I am asking that my readers join me in this if they support my argument. If you don’t please, feel free to talk it out with me. I look forward to such discussions. I believe in this and will defend it but it’s important to keep thinking and keep changing. Nothing in our world is perfect, that includes our media. Great thing about technology is it has given us all a voice. And we can make a difference. Even if it’s small. Thank you for listening, I hope this made you think. 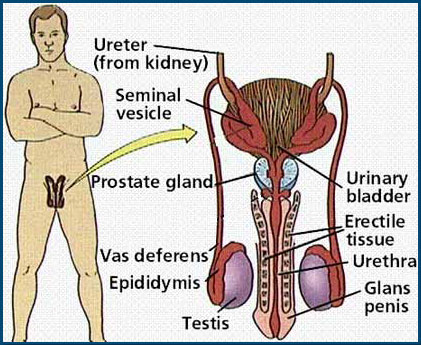 7 thoughts on “Special Address: "An Open Letter to Facebook"”